Leonardo González (aka Ilustreishon) has got to be one of the coolest designers. He specializes in making some seriously edgy, deep and dark illustrations – and proves the true breadth of the opportunities at 99designs.

His work shows us worlds we could have never imagined, in a way that is created with astonishing skill and attention to detail. Take this opportunity to step into his mind and into his world. 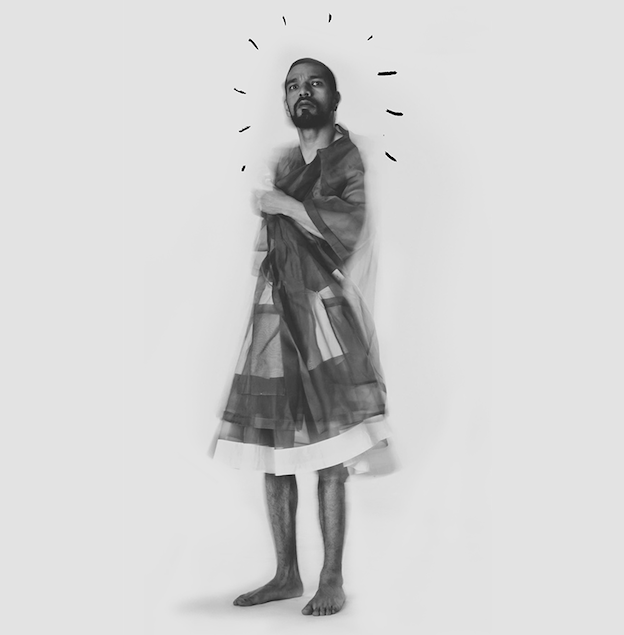 Tell us a little bit about yourself and your work. What’s your story?

I’m Leo, from Venezuela. Got few but awesome friends.
And I love beef.
And beers.
And dancing soul.
And rock’n’roll.

I started when I was a kid. I had this weird theory that drawing was like writing or reading, something absolutely basic as a communication tool. Well, not in those words, but I thought it was something everybody could do. So, it was something natural for me. My website explains better than I do.

The Anchorite
Save the Date

How did you originally get into design? What spurred your interest in the visual arts?

I studied graphic design because I was interested in how the images I loved were created and how I could make them good too. Also, the Visual Art School had a sort of too vague and hippie feel at the moment, so I decided to go for Graphic Design. Funny thing is, both schools shared the same teachers and classmates, so at the end I also got vague and hippie for a while. Zero regrets.

About the digital art, I’m a mess with ink and paints and never took proper care of my tools. It’s easier and quicker to go “undo” on Photoshop than it is to fix a piece of paper… the feeling though, will never be the same.

What brought you to 99designs and what do you like about it?

I guess I was broken – like many freelancers – and what I like about 99designs is that you can manage your time and not spend 5 days on spec work. Most of the times I know what my chances are and if the project is worthy of my time or not. I also like the kick I get out of it, after winning a contest.

Revenge of the Affiliate
Devil’s Crossing

You currently live in Germany, specifically Berlin, a hub for centuries for art of all varieties. What is your favorite part about living there and what about it helps you to be a great illustrator?

My favorite part is The Spree (the canal running through Berlin), the mix between the good ol’ European feeling and the Commie pre-Wall aesthetic. Lots of parks. Cheap beer. The best schwarmas. The public space is awesome, lots of parks and green sunny summers.

Sometimes, for inspiration, I just go for a run at the Tempelhof Flughafen, an old Nazi (and then West Berlin) airport which is now a public space, a big a$$ park to clear my mind and lungs.

Many of your illustrations elucidate entire worlds. Do you have visions of entire universes floating around your head? What is your inspiration for these cinematic and fantastical landscapes?

Well, inspiration comes from movies, a song, a shadow, a blurry picture, a conversation with friends, etc… I don’t have those “visions” per se, unless I am doing some funny substances (but then I am not able to draw them.)

So… I guess I just have a big bag of cultural references, full of awesomeness and garbage, and when those two come along together in a nice way, then something good happens.

What is your favorite part of the process (if you have one)?

Honestly? The “Save As” part. And seeing that image outside of Photoshop. If printed, even better.

How does technology feature into your work? Is it critical that your work is on the computer or is that a means to an end of getting your work seen?

The way we consume images has changed a lot since I started. I’m not really sure how to answer this question; its overwhelming and scary. I just want to get my work seen. And get good money for that. I’d say, without the computer, I wouldn’t eat… but trust me, it’s a curse sometimes.

What is your favorite kind of illustration? Animals, landscapes, real or imagined things? Dark or light scenes, etc…

Real-imagined things, like in this piece above. Also, always presenting human, or human-like characters. I’m not really into landscaping or 100% abstract stuff. And every time I can, I drop some hotties in there.

What influences your work outside of visual stimuli?

How do you know when your work is done?

When I don’t want to open the editable file anymore.

Who is your favorite artistic celebrity?

Do you like to listen to music while you design? Does this music affect the way your designs turn out?

Of course! Last time I was drawing a kids illustration I was listening to The Velvet Underground. The client hated it. I loved it.

What kind of music would you listen to for a dark illustration, or a cheery one?

Well, for a dark illustration, I go for some moody soundtracks, nothing beats John Powell’s Bourne trilogy, or Hans Zimmer music (particularly from Christopher Nolan’s Batman series), Inception, well, you get the idea.

For a cheery one, Congo Natty, Jungle Revolution, or Ween! Ween is awesome for doing weird stuff. This is an obvious example of what happens when listening to Cowboy Bebop Soundtrack while drawing:

These are just some of the ones I can remember for sure… but usually I just put something I love and turn on the radio on Grooveshark.

What else do you do with your works and creativity other than competing on 99designs?

Right now, working with other clients on the side, and sadly fewer things for myself. Adult life is a b*tch sometimes. If you ask me the same question a year from now, I hope I can say differently.

Do you have something that you do with your works in the case that they are not winning the contests in which they were entered.

Yes. Take a look at this:

It was a commissioned portrait. After the client chose another one, I recycled this one for my portfolio. Hell yeah.

Do you have any tips for someone working in illustration?

Practice. Forget the Wacom. Practice. Turn off the internet. Go to a museum. Take pictures. Practice. Rinse and repeat.

Want to get in the mindset of Ilustreishon for some of your next contests? Here are some songs by artists mentioned in this article: