rebecca3h got their new book cover by running a design contest:

Historical novel set in England during the "age of chivalry". BLURB -- Anno 1360 – Twelve-year-old Robin is reduced to the life of a stable hand when his father, the Earl of Waringham, is executed for treason. Subjected to the tyrannical whims of the new earl’s son Mortimer, Robin flees to the battlefields of the Hundred Years’ War. In the service of the charismatic Duke of Lancaster he rises to knighthood and fame. But Lady Fortune’s Wheel is spinning endlessly, and while the irresponsible young King Richard II. threatens to ruin the realm in the turmoil of war and Peasant’s Revolt, Robin risks losing everything he gained when he falls in love with Blanche, the wife of his lifelong foe Mortimer

I would like to commission a cover for an e-book edition of my historical novel „Fortune’s Wheel“. The book was originally published in German, and the cover I am looking for now is for the English translation edition. You can find the cover of the German edition here: https://www.amazon.de/Das-L%C3%A4cheln-Fortuna-Historischer-Waringham/dp/3404139178/ref=sr_1_6?ie=UTF8&qid=1504011775&sr=8-6&keywords=rebecca+gable The e-book cover I am commissioning can be similar but doesn’t need to be. The typeface used is lelf_noir_du_mal and I would prefer it be used for the new cover as well. If you decide to employ a medieval-style drawing it should depict or include the “Wheel of Fortune” which was omnipresent in medieval art. However, I would prefer not to pay for image rights. Recent covers of English language historical novels I find interesting and modern are for example “A Column of Fire” by Ken Follett or “Stormbird” by Conn Iggulden , but I am open to fresh ideas deviating from these or from my own traditional book designs. I do not, however, like photos of people in my covers.

rebecca3h collaborated with designers to refine their ideas Ended up with a design far, far better than I dared hope. 88dsgnr was responsive and patient, and worked hard for a long time to meet my requests. Couldn't be happier.

dondogz
Choose a design you love and work closely with the winning designer to refine and finalize your design. After that they’ll supply the files needed for print or digital use. Full copyright is all yours.
You’ll get all the image files you need to put your design anywhere. This includes the original, editable file, as well as a preview version you can open on virtually any device.
If you know exactly what you’re looking for, it makes sense to work with an individual freelance designer. In that case, you can search through our designers’ portfolios and find your perfect match.

Join my adventure in love & erotica. Design a hot cover for this intellectual romance.

Women or Men between 18 and 99. People who love to read erotica and steamy romance. The book is set in Portland, Oregon.

Ebook Cover for a publisher in Paris

Get your own design
Winner
Finishedlast month

Someone is reading this book to learn how to properly use a kettlebell for routine workouts and get into shape, relying

Every reader who’s going through the book meets two criteria: they have debt and they want to learn how to get out of it 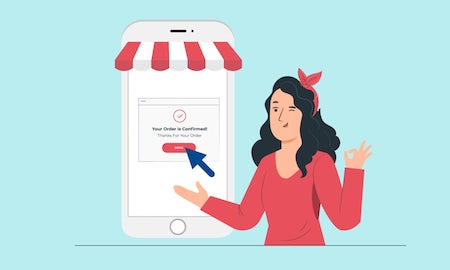 How to build an online business in 8 simple steps