avinash.kotha got their new logo design by running a design contest:

Create a modern, unique and colourful logo for an upcoming school named Epsilon. Do not put kids in the logo.

We are into Schools ranging from Pre schools to high schools with state of the art infrastructure and faculty. The Main target audience are parents and sub target audience are school going children. The targeted parents range from higher middle class to higher class in terms of income levels. .

Try to incorporate Greek alphabet Epsilon in the logo. Epsilon (Symbol- ɛ) is the fifth letter of the Greek alphabet.The Greek lowercase epsilon ε, the lunate epsilon symbol ϵ, or the Latin lowercase epsilon ɛ (see above) is used as the symbol for: -In mathematics (in particular calculus), an arbitrarily small positive quantity is commonly denoted ε; see (ε, δ)-definition of limit. -By analogy with this, the late mathematician Paul Erdős also used the term "epsilons" to refer to children -In physics, the permittivity of a medium. -In astronomy, the fifth-brightest star in a constellation -In astronomy, Epsilon is the name for Uranus' most distant and most visible ring.

avinash.kotha collaborated with designers to refine their ideas The logo Smart88 created truly captured the heart of what we were looking for as a non-profit. Great work!!!

Teveldestudents
Choose a design you love and work closely with the winning designer to refine and finalize your design. After that they’ll supply the files needed for print or digital use. Full copyright is all yours.
You’ll get all the image files you need to put your design anywhere. This includes the original, editable file, as well as a preview version you can open on virtually any device.
If you know exactly what you’re looking for, it makes sense to work with an individual freelance designer. In that case, you can search through our designers’ portfolios and find your perfect match.

Women Cycles is an online educational marketplace for women. Similar to Skillshare or Udemy, the platform will focus on

I am a law professor. I teach a subject that is a required course, and most law students hate it because the topics are

We teach the Greek language through online classes. Private lessons and group lessons. Preschool to adults. Greek in all

Our service helps unites parents, teachers, and kids to build a better future by building or joining education pods to h

We need a colorful, bright design to show that children's a gift.

EVERYTHING FOR THE SOUL AND UNDERSTANDING WHY WE ARE HERE!

WE PROVIDE TOOLS AND SERVICES THAT HELP PEOPLE TO KNOW THEMSELVES AND THEIR UNIQUE PURPOSE IN THE WORLD.

The logo is for an annual leadership development conference for a non-profit service club organization. The theme will

Hello, Riddleland is a mom + dad run publishing company. We are passionate about creating fun and innovative books to

Awakened Village is an online platform where parents can customize their child’s education, by selecting classes their c

Who can make it clear in a fraction of seconds our value proposition? A knowledge broker needs you

Educational programs and events for the IT industry, mostly on the business software industry. We basically partner wit 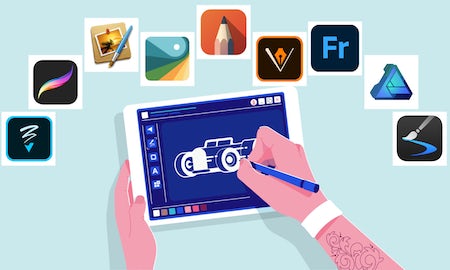